My article about a recent trip that I took to Samoa has appeared in Escape as "A Cultural Life in Samoa" and is available for free here.

The piece describes some of Samoa's culture and traditions, and moves towards a quote inscribed on the tomb of the country's most famous adopted son, Robert Louis Stevenson: "Home is the sailor, home from the sea". This, after all, is a nation of islands, of villages connected by the traditions of the Pacific. One of those traditions is that of unexpected arrivals.

The observations made in the piece are thematised around the relationship between tradition and foreign influence, from the Stevensons through to the prominent place of Christianity and how religious belief and pre-Christian tradition are synthesised. Samoa has embraced foreign religious influence, and yet the result now seems a country rather out of step with the international community. During my travels, I found myself having to re-examine fairly basic notions of social mobility, the role of the church in state affairs, and ideas of personal choice.

So this is a thought-piece. But more than that it is a travel story, and so wherever possible I have tethered my thoughts about the culture to specific points in the journey - the annual festival, a visit to the Stevenson house, the view from Stevenson's tomb, the tatooing rituals conducted by the coast. 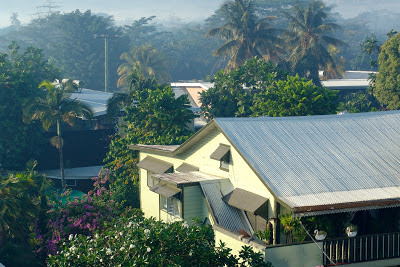 I wake to the smell of smoke. Outside, a morning routine has begun - the burning of leaves that overnight settle in the backyards. 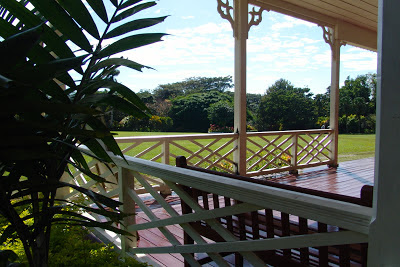 Our guide says that Stevenson particularly liked being on the veranda. It overlooks a lawn bordered by a high, tropical hedge of palms. 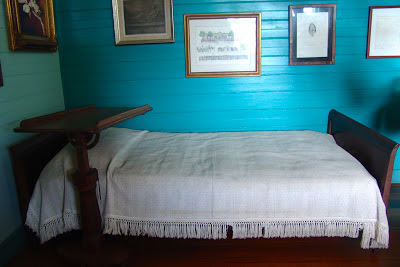 With the sun streaming in, even the sick bed in which he wrote seems part of the idyll. 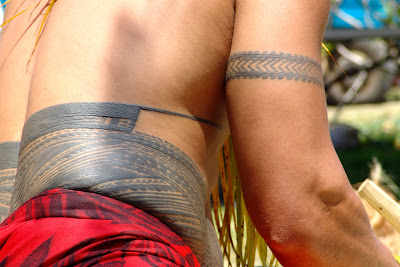 The Pe'a, a form that represents aspects of Samoan life traditionally needed in order to survive, such as boats and spears. 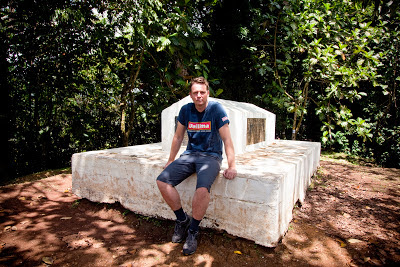 "Home is the sailor, home from the sea" (Pic by Cam Cope)