In October 2017, I published my third book, co-written with Richard Fidler, called Saga Land: The island of stories on the edge of the world.

Saga Land tells the story of two journeys that Richard and I made to Iceland, one in the summer of 2015, the other in winter 2016. We went in pursuit of the sagas of Iceland, the stories of the island's first settlers who arrived from Norway in the ninth century. And also in pursuit of the answer to a long-standing family mystery, one that might connect me to Snorri Sturluson, the most famous of the saga authors. 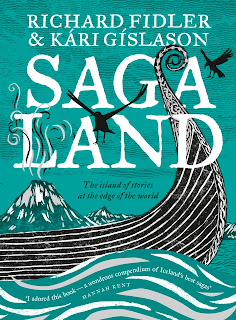 I adored this book. Kári Gíslason and Richard Fidler have gathered together a wondrous compendium of Iceland's best sagas, both old and recent, and woven these together with their own experiences of that storytelling nation. Each folktale, each account of warring 12th century families, is presented as part of a wider tapestry of story, including those of the authors' lives. Saga Land is testament to the power of all sagas, as a means of connection and self-realisation. A tremendous achievement.

- Hannah Kent, author of Burial Rites and The Good People

I didn’t know much about the Icelandic sagas — or indeed much about Iceland itself, as it turned out — before opening Richard Fidler and Kari Gislason’s Saga Land. I’d be surprised if I’m alone in learning something new in its pages. [...]

From the uncharacteristically short but otherwise representative tale of Audun and the Polar Bear, which opens the book, to the genuinely epic stories of, say, Erik the Red, who discovered Greenland, or Gudrun, “the most beautiful woman in Iceland”, we learn a lot about the old sagas in these pages. But we also learn about the trials and tribulations of the man who famously compiled them, Snorri Sturluson, and about how he may or may not be relevant to Gislason’s own complicated family history.

Gislason was born to an Australian mother and an already-married Icelandic father in 1972 and was asked never to reveal the latter’s secret lest it completely destroy his father’s already-established family life. Gislason originally acquiesced but eventually reneged, meeting his siblings for the first time only much later in life. It was then his father told him that he was a direct descendant of Sturluson, whose reputation in Iceland, primarily for his work on the sagas, is huge.

Given the Queensland-based Gislason wrote his PhD about authorship in medieval Iceland, this was no small thing. Nor is it treated as such in Saga Land. Indeed, if anything, Gislason’s personal saga is the most important in the book. It reveals not only why such stories continue to matter to Icelanders, but why stories of their kind matter to the rest of us. [...]

There is another story being told here, though, and that’s the story of a friendship. Fid­ler and Gislason met in Australia three years ago, when the former hosted the latter on his ABC radio show Conversations. They kept talking afterwards. They began to catch up regularly and eventually travelled to Iceland together to make a series of recordings of the sagas in the places they were said to be set.

Apart from one moment where Gislason finds himself caught on a narrow sheep track on a too-high ledge, that trip seems to have gone smoothly. Unlike the Icelandic sagas, Saga Land isn’t a story of friends eventually coming to hate and murder one another. But every trip is a saga in its own way. In this case, it’s one about two men coming to know each other, and perhaps to care for one another, quite deeply.

Fidler and Gíslason embarked on a journey to Iceland with two purposes: to make a radio documentary retelling some of the sagas from the places where they happened, and to discover whether Gíslason really is descended from Sturluson. Saga Land records their two trips to Iceland, one in summer, and one in winter. The radio program went to air in 2016 and is now a podcast.

The book is divided into four parts, with Fidler and Gíslason taking turns to tell the story. Both have a gift for bringing the country to life on the page, with the vivid descriptions of the extraordinary landscape, from glaciers to fiords, setting the scene. The sagas themselves – graphic descriptions of fierce blood feuds – are told in crisp, unemotive prose, giving them a powerful sense of immediacy. They are woven skilfully into the narrative of the road trip, as are references to historic events that have taken place in Iceland, including the famous meeting between US President Ronald Reagan and Soviet leader Mikhail Gorbachev in 1986.

A fascinating insight into Iceland's little-known history and literature, and a compelling story of one man's quest to reclaim his identity.


Digressive and compendious, it is a book that resists narrow classification. There is a kind of literary precedent for Fidler and Gislason's genre-bending approach to travel literature in Letters from Iceland, the classic collection of verse and prose written by W.H. Auden and Louis MacNeice that was published in 1937.

MacNeice wrote in one of the poems that he went along with his friend and fellow poet Auden on the latter's proposed trip to Iceland because he had "nothing better to do". It is clear that there is no such nonchalance, real or feigned, on the part of Fidler and Gislason, who immerse themselves in every experience and encounter, and the reader along with them.


Along the journey, Gíslason acts as a guide, introducing Fidler to Icelandic history, as the pair visit the locations where the sagas took place. Gíslason recounts the stories with their Shakespearean intrigues of power, betrayal, lust and tragedy, while Fidler contributes modern-day storytelling and interviewing skills to help the reader visualise the spectacular landscapes and hear the voices of the locals. Saga Land is a combination of mystery, travelogue and storybook.


Both men have beautiful speaking voices which suit the timbre of the tales, while their rapport is evident in the way they relate to each other.

Saga Land began as a four-part ABC radio series before evolving into this extraordinary collection of adventures and morals. The recording is accompanied by some musical underscoring and is far from the dry or dated content that one might assume to find. Gíslason’s search for his ancestry turns out to be almost as fascinating as the ancient sagas themselves, although far less bloody and tragic! The anthology flows nicely, telling a blended tale of old and new, where their personal quest segues into history rather than stopping and starting like most other anthologies.


A book like no other, Saga Land embraces four different kinds of sagas: the classic family sagas of Vikings in tenth-century Iceland; the stories of one man, Snorri Sturluson, who wrote tales during the thirteenth-century; the whisperings of the past that Richard and Kári picked up along the way; and Kári’s own family saga.

Iceland, the mystical island at the top of the world, has been a source of literary wonder for some great writers such as Jorge Luis Borges and W.H Auden. From the origins of the capital Reykjavik to rumours of intercontinental pilgrimages, the early history of Iceland is rich in mythical stories.

Richard applies his natural curiosity and journalistic skills to unearthing tales of this far-away land. Equal parts history and folklore, Saga Land is sometimes a blur of the two. Kári’s family story is as compelling as it is tender. [...] Swapping chapter-by-chapter, Richard and Kári bring their own voices to Saga Land. Richard’s chirpy style and wide-eyed fascination makes him the perfect guide, while Kari’s story is more personal, infused with more drama, much of which will irrevocably change his past and his future. Kári’s writing is ripe with all the poetic romanticism we’ve come to adore from Icelandic artists whereas Richard is a natural born storyteller.

There are tales of blood feuds, of dangerous women and people who are compelled to kill the ones they love most. There’s fierce beauty as these good friends travel across the starkly stunning landscape. And there is another mission: to resolve a longstanding family mystery. Reading Saga Land is like having both men sitting around a table with us, sharing their wonderful tales – storytelling at its best.

- The Guardian Australia's Bookmark This

Saga Land is part-travelogue, part-potted-history, but mainly an ode to the strange wonder of Iceland, with its isolation and harsh conditions that find expression in the wonderful and extraordinary sagas of its history. Kári, an Icelandic-Australian academic with a love of these sagas, is the guide and Richard the eager student, swotting on Icelandic history and asking odd questions. In this book we get two thoughtful voices nicely balancing each other as they alternate chapters. The resulting blend is very satisfying and lively, an earthy representation of the country itself; sometimes sweet, sometimes dour...Saga Land is a special book on a special place; evocative and reflective, humorous and informative.


A perfect book. There is a symmetry and seamless transition between Richard and Kári's writing. The blend of history and present day is superb. Looking at Iceland's history of saga writing with a raw honesty and open insight into the cultural and geographic history. This one-of-a-kind book is wise, warm, intelligent and completely enchanting.

Fidler and Gíslason met over a radio interview and immediately hit it off. As firm friends, who Kári describes as having a conversation that will never end, it seemed to make sense when Kári said he was off to Iceland, and Richard said he’d go with him. Saga Land starts as many good Icelandic sagas have: two men head off on an adventure. Along the way, they stop to tell stories of the past, to encounter new people, and to reaffirm their friendly and familial bonds.

- "Escape to Iceland with Richard Fidler and Kári Gíslason," Booktopian

- Reader reviews of the ebook edition on Amazon

- Your Afternoon with Melanie Tait

- Reviewed by Scott Whitmont for Book Reviews on Radio 2GB

- Saga Land at The Powerhouse Theatre


- Ian Warden, "Oprah Winfrey and Lady Chatterley both influence in their own ways," The Age 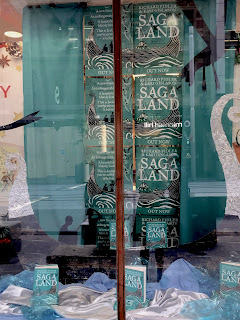 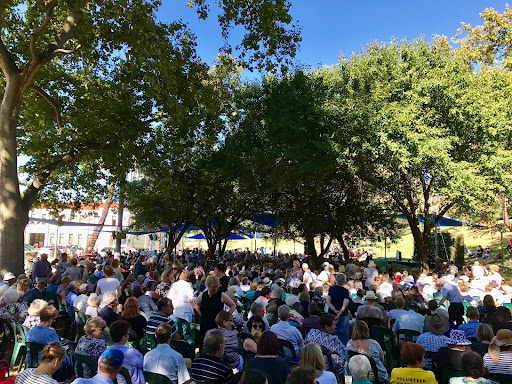 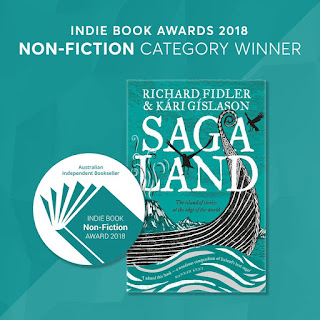