Read What You Want?

On Saturday 18 May I took part in a (tongue-in-cheek) debate that examined the proposition it doesn't matter what you read, only that you read. My team mates (authors John Hughes and Michael Jacobson) and I were given the task of supporting the proposition. John emphasised the importance of a varied reading life, Michael a free reading life, while I broached the topic of reading pleasure.

Pleasure may not be the only principle of reading, but it’s probably the least fallible. That was W H Auden’s view, and it’s the point I’d like to reach for here.


When you’re told that reading is more important than what you read, I think what’s being said is that it’s okay to read whatever you want. We could express the proposition this way: reading what you want is the most important thing. Of course, we’re always being told what we should read. This can make the things we want to read a kind of guilty pleasure, which is not bad thing in itself. In fact, you could say that reading what you want is even more fun when you shouldn’t be reading it at all.

For me, as a student, the constraints were simply time and syllabus. We were meant to read about a book a week in each of the literature courses I took, but for me that made them a task. And once I have a task, I slow down and become resistant.

So I read other books instead, even books that had once been banned, supposedly left off all the reading lists because they were dangerous. I began an affair with them, and I even fell in love. Connie Chatterley had first been seen as a figure of moral decay, and then perhaps even an object of ridicule – when a rich woman’s romance with a gamekeeper was no longer taboo but simply the opening premise of a good romance. I loved her all the same, I wanted a share of the action, at the prose level of course.

And then I did what Julian Barnes thinks all writers should do, at least at some point in their lives: I fell in love with Emma Bovary. Even though she wasn’t on the reading list. Or maybe I was falling in love with Flaubert, her author; and the immediate, startling pleasures of his imagination. I wanted that imagination for myself, but perhaps most of all I wanted Emma. I knew, as others have said, that she would rob me, humiliate me, bore me, and eventually run off with one of my friends. She wasn’t in any sense good for me. But she was Emma Bovary.

And I also read books that were being forgotten, like the sagas of medieval Scandinavia, which had once been taught and valued, but whose reading time seemed to be up. In them I found other heroines, including Gudrún, who once said to her son that she was worst to the one she loved most, the words of the first page of Burial Rites, a book by an Australian writer who, it seems, read what she wanted and now writes what a great many others want to read. I don't know Hannah Kent, and the connections that books make are unpredictable. But I dare say that she fell in love with Gudrún, and through that reading, and others, Gudrún lives on. 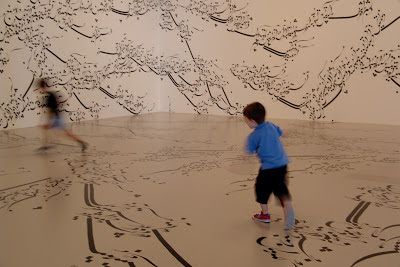 Where does reading for pleasure take you? When I read a draft of this speech to my four-year-old son Magnús, and asked him, he replied that it takes you to a pirate ship. Yes, why not a pirate ship. For he’s right: books are thieves and buccaneers. They kidnap you and hold you ransom to your pleasures. And so reading takes you in unexpected ways towards yourself and what you want in your life. That is why you should read what you want. It’s the least fallible method.

But do I really support the proposition? Well, I for one have been very grateful to have had well-read people tell me what to read, why I should read it, but as importantly how to read it. Ultimately that's what universities can give you: a reading list and the methods to embark on it. And of course the argument I make above is in many ways an argument against the proposition, for I am saying you should read for pleasure, but as long as it gets you somewhere interesting, or towards something actually worth reading.