My﻿ grandfather on my mother's side, Harold Diggons, was serving in the British Navy in the D-Day Landing of 6 June 1944. His war experience affected him profoundly. He was never really able to settle down afterwards: he would be looking for the intensity of those years for the rest of his life. This was a restlessness that, after the war, brought him to Australia, that five years later took him back to England, and that a year after that brought him and the family back to Australia again. And it was a restlessness that my mother inherited, and so has shaped much of my own life.
I can't say I'm not grateful. I like the feeling of restlessness, insomuch as I like to feel that there is always another trip to take, albeit less dramatic than the D-Day one that Harold took 65 years ago. 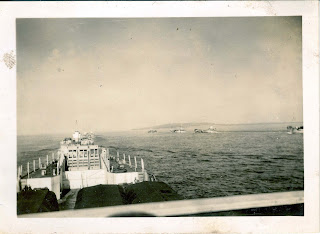 Harold's photograph of his vessel approaching the French coast (I still can't quite believe that they were allowed to take photos). 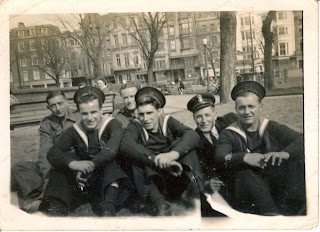 My grandfather is pictured here, in Brighton for training in May 1944, second from the right. 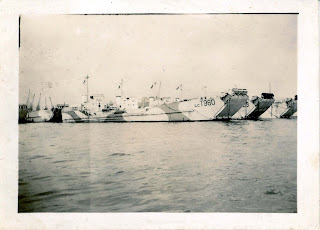 And, here, the before and after of D-Day: his vessel waiting to be loaded for the invasion (above) and in Bordeaux on his last day of active service (below, first on the left). 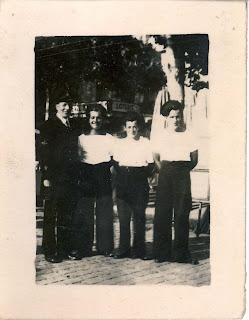