On Thursday, I received my first print copies of The Sorrow Stone. The story, which has existed in pretty much its current shape for months, is now also an actual book in the way books have been conceived for hundreds of years. In the manuscript cultures that existed before that, before mass printing, each copy of a story was its own work, and could express the specific goals of the scribe who copied, modified and compiled it. But perhaps that kind of variation still happens to some extent, because each print copy will be read in its own way. Though each book is exactly the same, reading experiences will do the work of variation.

When I was an undergraduate, students wrote a lot of comments in the margins of library books, sometimes about the material in the book and sometimes about whatever else was on their minds: how terrible a subject was, dissatisfactions of loneliness, boredom, the noise in the library, the silence, or obscenities and jokes, and also drawings, too. It seems to happen much less now: maybe social media has taken the place of book margins as a site of disgruntlement and confession. I expect books are happier about it. But marginalia, however annoying and destructive to the books, was a reflection of their nature as living things, even in the age of mass production. The book was the book, yes, but it was also the jottings in the book.

Today, the easiest way to access library books - especially academic titles - is in electronic form. I read my students' work in Word documents or in PDF files. Most often, I write on a computer, too, and I love how I can take my laptop with me anywhere and write in the time I have between other commitments. And yet, I still reach for paper copies of creative works, I think in part because I've come to associate screens with work and research, and paper with art and reflection. The printed novel remains as its own kind of reading. 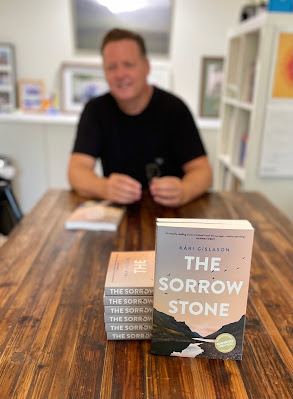