On Tuesday 2 July, I spoke at the launch of the 2013 Books From Our Backyard, a Queensland Writers Centre publication that catalogues works by Queensland writers.

The first words I remember hearing when I moved to Brisbane in my teens were, ‘Good, thanks’. We’d landed. Asked our hosts, Laurie and Margaret, how they were going, and that was their reply. But I’d never heard anyone say they were good before – to foreign ears, and in my case Icelandic-English ears, this sounded more like a moral disposition than a description of how you were feeling.

But when, on the way out of the airport, our hosts paid for parking at the security gates, I discovered that the words were even more flexible than that. Margaret put her hand out for the change and, when she got it, said again, ‘Good, thanks’. It was a gesture of appreciation.

Perhaps I was unusually aware of such matters. In the English boarding school I’d attended in the years before our move, it was whispered that Australians didn’t take kindly to proper-sounding English migrants, and I knew my accent was particularly proper. So when we got to Laurie and Margaret’s house, I asked how long they thought it would take to acquire an Australian accent. I had two weeks before school started. Would this be enough time?

A side note: two weeks later, my mother asked the school principal whether it was normal for children to bring leather briefcases. In reply, he asked whether I would also be wearing a bowler hat.


But that first night in Brisbane I was content to practice that first phrase: ‘Good, thanks,’ I repeated it as I fell asleep. And in the weeks and years that followed, I worked hard at the edges of an accent that I thought might one day get me into trouble. It never did. And much later I discovered that the girls at my school, which sat a couple of streets back from the dark beach of the north Brisbane waterfront, rather liked an English accent. Apparently, it had been one of my better qualities. Before it was gone.

Over the years I also learnt that accents are complicated. You don’t defeat them in a two week crash course. Like language itself, accents tends to ebb and flow, often closer to the past than the present, sometimes returning when you don’t expect them to. You sat and looked at the pale blue water, while language swept across the beach and out to sea, returning you to distant shores even before you were familiar with new one ones. That was the story of my migration, after all. Like other changes, it occurred gradually – in pulses. There are parts of me that are still coming in to land, or are only just off the runway, or waiting for change at the boom gates, so that I can say, ‘Good, thanks’. 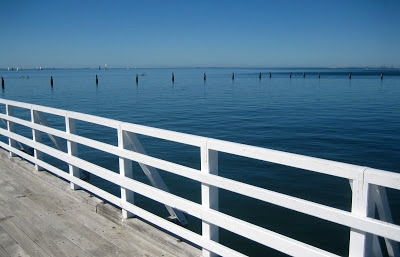 Yet I’ve always felt that, in Queensland, there’s room for a degree of tension around personal change. It might be because, at least in the years I’ve lived here, change has been such a noticeable part of Brisbane life and indeed Brisbane writing. In retrospect, I don’t think I needed to have rushed my accent away, and I should have learnt this sooner than I did. For the first Queensland book I recall reading was a collection of short stories by David Malouf, called Antipodes. It was a very Brisbane book about the push and pull of the new. But I hadn’t yet properly realized that that was part of Brisbane’s character, and so didn’t necessarily need resolving in my own.

A better understanding, though, has evolved alongside writing, and alongside my joining a very strong and warm writing culture that thrives here. I have written about my birthplace, but in so many respects, I have actually written a Brisbane book. It was composed here, picked up by Madonna Duffy and published by our immensely important UQP; and subsequently it was supported by our literary festival, the Courier Mail and the Literary Awards, QWC, and other members of our cultural community. I’ve wondered whether it wasn’t a book that I had to be here to write: in a way, it was written with an Australian accent, or my version of it. And it was written for people who understand that accents are often complicated things. 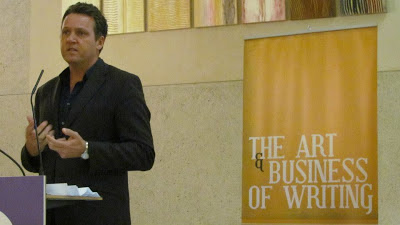 By nature, every writer must have their own sense of what Brisbane writing is. In my case, it began with an arrival, a collection by Malouf, and eventually came to be embodied not only in my wider reading of his and others' books, but more immediately in the creative and critical work of my friends and colleagues. And for me, it also resides in that feeling that, while language and stories sometimes take you out to sea, they also often bring you home, and if necessary to your various homes all at once.

This is a busy and exciting time to be writing in Brisbane. As elsewhere, creative writing courses are very popular in universities and other institutions, and this is already having an impact the depth and variety of writing in our state. The same pulse exists outside formal programs in what is a strong and open literary community, one that’s defined as much by what’s to come as it is by literary precedents: we have new journals appearing (such as Stilts and Bumf), new literary events (such as Yarn and Whispers and Avid Reader’s Salons), while our established authors are producing some of their best work.

This is certainly a moment to celebrate the accents of Brisbane’s literary life, and equally an exciting moment in which to support and document these accents with publications such as this one. 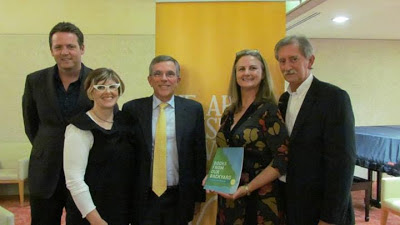