My travel article about Amsterdam, 'Conflicted city with a duel personality', has appeared in Escape (26 August 2012, p. 13) and is also available online here.

The piece takes Ian McKewan's Booker-prize wining novel Amsterdam as its starting point and as a way of introducing a conception of the city as a place that duels with itself. The story then develops that idea alongside a description of walking through Amsterdam on warming spring day, with the crowds and number of odd spectacles seemingly increasing as the day wears on.

From a writing/craft point of view, this is essentially a definition piece: I am trying to give a sense of the atmosphere in Amsterdam as the city emerges from a longer-than-normal winter. The focus on definition means that narrative can play a secondary role to description, useful when the piece you're writing is based on a brief experience or one that wouldn't necessarily amount to a complete, unified story line. 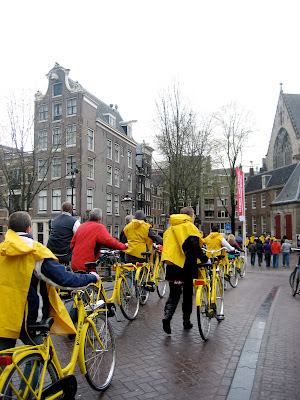 Pale sunlight illuminated a dozen anoraks: a tour group on yellow bikes that had been given matching rain wear. 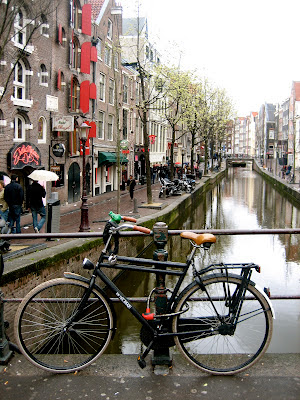 The red light district, de Wallen. It was nine in the morning, still very grey, but the fluorescent bulbs were already on. Or they'd been on all night. 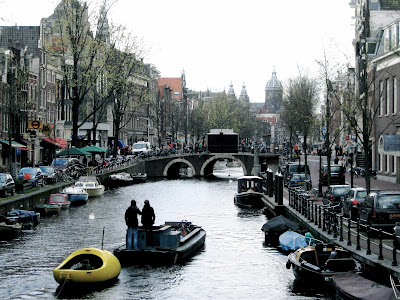