I found it in a leather bag that I had decided to throw out,
but setting aside some time for a final inspection --
there is always something left in such bags --
I ran a hand along crumbled lining.

A Pirate's business card:
he gave it to me in 1990,
with eighty dollars I owe him even now,
he hugged me that day,
as he had once threatened to throw me overboard.

What is twenty-two years' interest on eighty dollars,
a trip to Karoussades? --
where in the Pirate's taverna,
with merely the memory of the Pirate's mum --
she can't be going still --
along plastic table cloths,
he insists on no talk of a bill...

Mark out the debt in retraced steps? 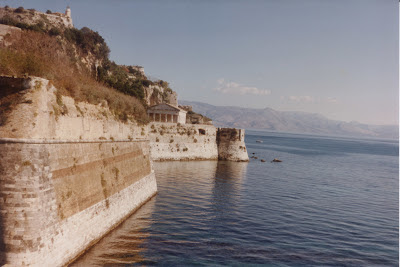