Picasso and the Subject

I rushed from the University of Sydney, from a meeting that ended at around 3:30, naively thinking I would have time to walk to the Art Gallery for the last hour of opening time, spend that last hour at the visiting Picasso exhibition, 'Masterpieces from the Musee National Picasso, Paris'.

I wound my way impatiently through Sydney in what you might describe as an uphill way, sort of towards Oxford Street and the Museum. I followed people who looked like they knew where they were going, for even if they weren't going to the Picasso exhibition, at least they had a purpose. I suspect they took me the long way, via a number of unnecessary public transport hubs.

So. I got to the Gallery at 4:25. That uptight, artsy lady in red glasses at the front counter looked at me. 'Most people feel they need at least an hour,' she said, 'there are quite a few rooms.'

'But this might be my only chance to see the exhibition.'

She walked away, to tidy up, and I bought a ticket and rushed some more, through the front rooms of early paintings. Two idlers were my only companions.

The blue period stopped me dead, as it has ever since I first met it at school. I thought, 'That is perfect painting,' just as I do when I look at a painting from late in this period that we have in Brisbane; it's called 'La Belle Hollandaise.' When I was younger, I spent hours in front of it. I still remember the moment I first saw it, and the shock of seeing such a beautiful picture.

Then I was stopped by the beach paintings, much smaller than I imagined. They could have been Sydney studies, especially the one of the women racing.

I thought I could deal with cubism fairly quickly.

But this is where I really got my timing all wrong, and where Picasso taught me that, contrary to my earlier thoughts, he actually wasn't going anywhere with cubism, but rather had stopped -- stopped in transit. Or perhaps that cubism was as human as the blue period and the abstract portraits that came later. 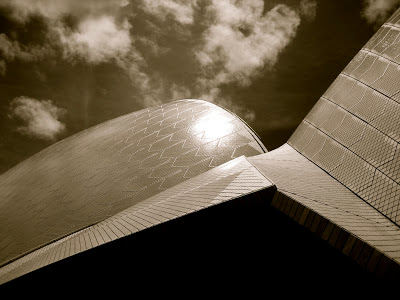 I know I am stating the obvious, but cubism does turn out to be about the relationship between character and setting, namely that at its best the relationship is much closer to a dissolving, a total meeting: it is as we are, moving and stopping at the same time; your subjects are the chairs they sit in.

I went back to the front rooms and started again. For heaven's sakes, I still had fifteen minutes left.

'Good artists teach,' I thought, 'of course they do.' But the experience of learning is deflected and inflected by setting, for us as for the subject. The subject and the artist meet in transit, and we learn when we catch ourselves in the act of joining in.

Lucky we are caught. 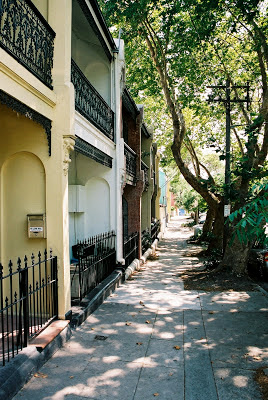