The Pictures of Iceland

One of the most gratifying things to come out of publishing my memoir has been the very positive response that readers have had to my mother's characterization. Many think of hers as the dominant story, or the conversation between her and me that the memoir implies as the work's central dialogue.

I think that's right. And, for my part, I think that the conversation we are having is about how we have gone about defining the nature of home, both individually and together. It's something we've both fought to recover from a basic family impulse that home is always off in the distance somewhere. At its core, The Promise of Iceland is an attempt to represent a lifelong journey, it is a traveller's account of discovering belonging -- or a sense of belonging that I have long been convinced was a continuation of my parents' and grandparents' journeys home.

Naturally, readers would like to know more about her, and one of the first questions I'm asked is, how does she feel about the book now that it's out? If I was altogether sure of the answer to that question, I would give it. What I can say is that she read the final draft before it was published and let me off with a couple of minor corrections. For example, I had her rate of shorthand words per minute mixed up with her typing speed.

But readers also want to know more about how she looked. Perhaps I should have said more about that in the book, but a few months on from publication I'm sure it's okay to supplement the description here, with a mini photo essay. 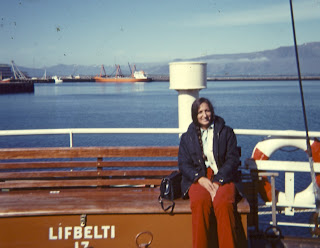 This picture is taken on The Esja, a ship that would circumnavigate Iceland and take on a handful of paying passengers. Thus my mother came to understand the country as it seen from the sea, and very much fell in love.

I believe this one's from August 1972, a month before I was born. 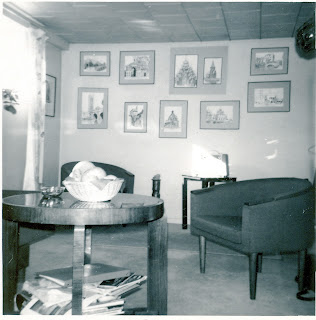 My first home, a basement apartment in Sólvallagata that my mother moved into when she first arrived in Iceland in December 1970. On the wall, line drawings that her ex-husband Ed did while he was visiting. I just love those chairs. 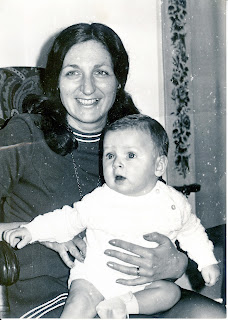 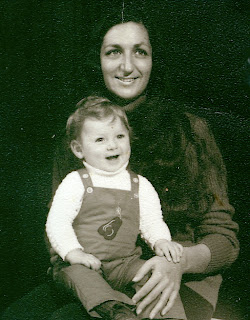 A couple of early portraits, one taken by a friend, the second a studio picture. 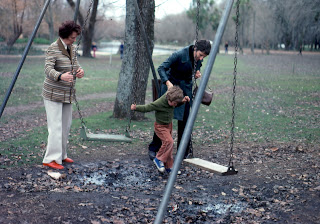 My favourite of Mum and me together, and also here Mildred, my maternal grandmother who features in one of the opening chapters of the memoir. We are on an early visit to Melbourne, I believe. 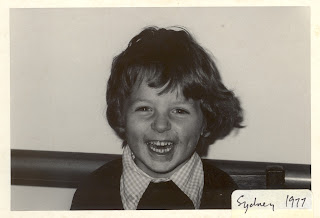 And as the sticker says, Sydney 1977, aged 5 and just moved from Reykjavík to Mosman. (Just so everyone knows I haven't changed much.)