Reviews of The Promise of Iceland have appeared in the Sydney Sun Herald, The Gold Coast Bulletin, and The Toowoomba Chronicle. Reviewers' comments include:


"There are cycles within families, patterns in the generations, and there is a definite feeling of restlessness and uncertainty within mine," says Gislason..."There is also the business of inheritance, of asking what you are comprised of, and of finding ways through the chapters and secrets of your own story."
That story begins in 1970 with an ad in London's The Times newspaper for an English-speaking secretary. Gislason's mother answered the ad, secured employment among Iceland's Army of Foreign Secretaries and soon after found the arms of her secret lover.
Gislason retraces her steps and then his own over the years, taking this moving family saga from Iceland to England, Sydney to Brisbane, as all the time the weight of his secret becomes heavier.
"People who share secrets become confederates of a kind and I suppose that's what I had with my father and my mother," he says.
"It was a bond, but it was also an absence and something of a burden which, as time progressed, was stopping me from doing other things.
"I had to face my own story to truly understand myself and my parents and I hope the book will also allow people to understand my parents from their point of view."
The Promise of Iceland does allow that understanding.
It is an honest, contemplative and heartfelt journey across generations, landscapes and, appropriately for a land such as Iceland, the truth and mythology of family.

THIS is a beautifully told journey by a man who was tracing his roots and discovering himself.The author was named after a character from one of the Icelandic sagas. He has written a doctoral thesis on concepts of authorship in medieval Iceland and currently lives in Brisbane. All his worlds have converged and this is his story about the directions and influences that empowered this. ... All the characters in his life are sincerely and perceptively portrayed and you will feel you know them all personally. The geographical and cultural details are illustrative and profound and this makes it all feel familiar.

Whether home is just the place we're born or a feeling we carry no matter where we end up, the age-old question remains: once you leave, can you ever go back? What if the decision to leave was not your own? Gislason's measured yet satisfying memoir charts his lifelong search for identity after leaving behind his birthplace of Iceland. 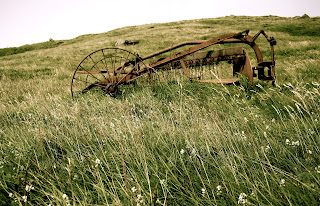