As part of revisions that I am making for my lecture on travel writing, I have collated six travel pieces on France. A sentence or two from each:

The bathroom is equipped with a bidet. I try to remember exactly when you're supposed to use it: after you've been to the toilet or after sex? (Sarah Turnbull, Almost French, 2002, p. 14)

Attached to the back of the house was an enclosed courtyard, and beyond that a bleached white stone swimming pool. There were three wells, there were established shade trees and slim green cypresses, hedges of rosemary, a giant almond tree. In the afternoon sun, with the wooden shutters half-closed like sleepy eyelids, it was irresistible. (Peter Mayle, A Year in Provence, 1989, p. 3)

There was the old masonry and woodwork of the village itself, of course. There was hay, and dung to go with it. There was the smell of mossy water, from the old fountain with the lion's head beside the bridge. There was that faint smell of good cooking which, even in the age of convenience foods, still hangs habitually about French homesteads. (Jan Morris, Journeys, 1984, p. 81)

The fashionable action moved to the Mediterranean. Biarritz still served the turn as a plush funk-hole, but as a display case it was past tense. The postcards on sale from year to year showed little that was altered, still less that was new. (Clive James, Flying Visits, 1984, p. 63)

We left the choice of our menus to Madame [Barattero]. Indeed, there was little alternative but to do so. For although she does not herself do the cooking Madame has been studying her guests and composing menus for them for thirty-four years and she neither likes being contradicted nor is capable of making a mistake in this respect. (Elizabeth David, An Omelette and a Glass of Wine, 1984, p. 57)

I can't resist giving a whole paragraph of Barnes:

In the spring of 1998 I was on a walking holiday in the Vercors, south of Grenoble. On a perfect May morning, two of us were traversing a high upland plateau just below the snowline. Turf impeccable enough to re-lay fairways at Augusta was crossed by thin, pure streams; here, in boastful profusion - Nature showing what it can do when left alone - were a billion gentians, edelweiss, dwarf narcissi, buttercups, and orchids; once or twice, against the melting snow, we glimpsed what was probably a small fox, depending on how big marmots grow. A padlocked shack denoted a provisional human presence in what was otherwise a swathe of changeless France. In the late afternoon we descended into a small village, some forty buildings jammed between two hills. As the grass track gave way to semi-asphalt, we encountered another item from changeless France: a peasant pasturing his goats on the public hedgeside. He was ancient, rubicund, and toothless, accompanied by a psychotically hostile dog of mixed ancestry, and as he told us the long story of his rheumatism he would, as punctuation, give the nearest goat a dust-raising thwack with his stick. (Julian Barnes, Something to Declare, 2002, p. 3)

The point I want to make with these excerpts is not entirely clear to me yet, but I am interested in tracing a movement across them from travel memoir to travel essay, and then to essay that includes travel. And, perhaps, in tracing the decline in commerciality as the genre goes from personal experience to argument and anlysis: the most accessible and commercial travel writing is really just memoir in a foreign place? 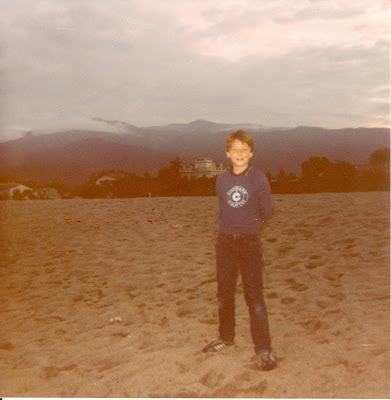