Garrison Keillor's short personal essay on the death of his brother, Philip, has me thinking about noticable devices, or those literary effects that are immediately apparent to the reader, and which even border on being cute. His piece ends with this observation:

If I had died (say, by slipping on an emollient spill and whacking my head on a family heirloom anvil), I believe Philip, after decent mourning, would've gone about locating a replacement. If your brother dies, improvise. Someone you run into who maybe doesn't fit the friendship profile but his voice is reedy like your brother's, the gait is similar, he takes his coffee black and his laugh is husky, he starts his sentences with "You know," and the first words out of his mouth are about boats. I didn't run into him in Rome but I'm sure he's out there someplace.

As the list of Philip's qualities becomes more specific, we are, in effect, being told that there is no way of replacing him. And the imagined injunction - to find a replacement - is presented as one of the very characteristics that makes it impossible for Keillor to find a stand-in.

Out of it all, the cliches of the obituary are replaced with a dialogue of sorts, a very fresh one, between the surviving brother and the echoes of the dead. 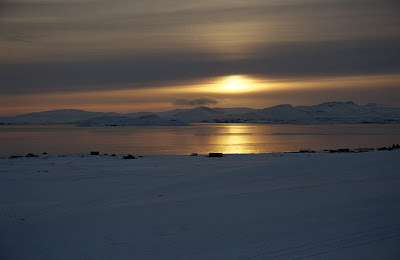