Week 17: An autumn morning in Melbourne

I've spent the last two days in Melbourne. Last night, it was for a talk at Readings Emporium Bookshop, and this morning I've had a nice long walk through town and up to Carlton, visiting other bookshops, doing some signings, and taking in an autumn morning in a different city - the season more advanced here than in Brisbane. It's lively and there is a festival atmosphere because of the Formula 1 grand prix being held here this weekend. But my conversations with people also make me see how hard the past two years were for Melbourne. You sense the bruising, or at least that's how it seems from the impressions of a brief visit.
As ever, the Melbourne trams are noisy and welcoming, but it's also such a great town for walking. The slopes are gentle, there are lots of trees, the paths are wide and boulevard-like. Just now, I dropped in on Hill of Content and The Paperback Books in Bourke Street, Dymocks in Collins Street, and Readings Carlton in Lygon Street. I had coffee at Pellegrini's, ordering beneath the photo of its late owner Sisto Malaspina, and another one at the possibly too hip (for me, anyway) but very friendly Good Measure.
Now I've found a desk in one of the spectacular reading rooms at the State Library of Victoria, in part to kill time before my flight this evening, and also because libraries are a home of sorts. Hotels make good places to sleep and eat, but libraries are more truly familiar.
*
Earlier in the week, ABC Radio National's 'The Book Show' broadcast an interview with me by Claire Nichols. It's available in full here.
* 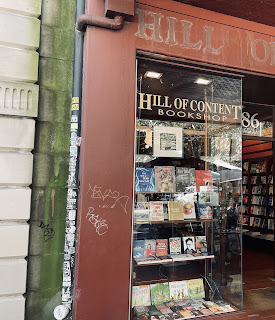 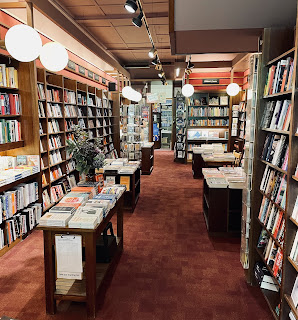 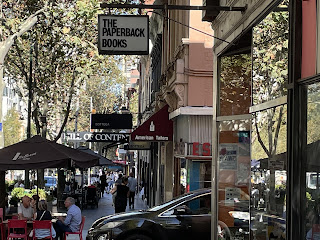 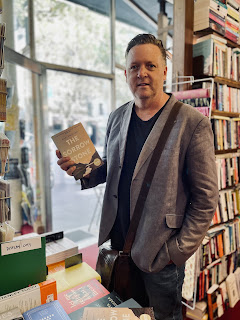 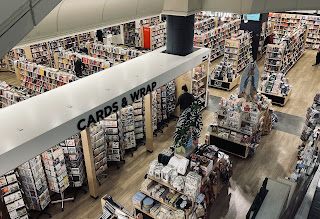 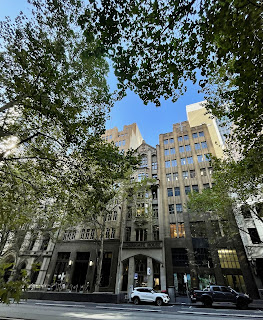 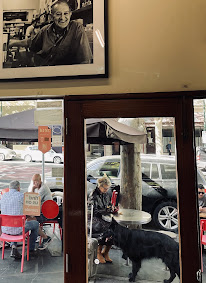 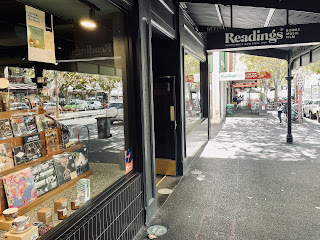