Yesterday, I gave my first interview about The Sorrow Stone. The journalist and I spoke on the phone for 45 minutes, a bit longer than I expected, and the interview ranged widely across the characters, their relationships, and the nature of the times they lived in.

The questions people ask about a book reveal something of their response to it, and certainly one way of approaching The Sorrow Stone is as a novel about an historical period. The Viking Age occupies such a steady and vivid presence in the cultural imagination. Other early responses have come in the form of a first review by Georgia Brough in the industry-oriented publication Books & Publishing and a couple of comments on social media from people who have been sent advance copies. They're positive: Books & Publishing called the book 'entirely enthralling', Alida Galati posted on Twitter that it was 'one very compelling story', while Britt Owens commented on the Brisbane Powerhouse Facebook wall that it was a 'masterpiece'.

Over the past decades, the nature of the dialogue between readers and writers has changed and expanded, partly because of social media, and I'm not sure it's healthy for writers to spend too much time reading what's said in online platforms. But at this point, comments like the ones above help settle the nerves and allow me to focus more on other things, my next project, which is starting to need me to do more than rough sketches of unconnected scenes. Knowing that the reception of The Sorrow Stone is beginning well is a kind of permission to think less about that book, or to think about it in different ways that aren't as focussed on whether it's any good or not.

That said, for the first time in my writing career (and also a first for my publisher) the book is coming out with a 'guarantee': it will have a sticker on the cover saying it's a 'guaranteed great read'. If the reader doesn't think it's great, they can send in a form at the back of the book and get a refund. Of course, I understand why my publisher is doing this and I appreciate their faith in the book. But it's also a funny idea, because it anticipates what is a complex and often unknowable thing - how others read and interpret your work. Since the 1950s, there has been much theoretical discussion of reader reception, an approach to literature that positions interpretation and meaning with readers rather than with authors' intentions. Now, with sites like Goodreads and other online discussion groups, and very accurate data of sales patterns, reception is truly a dominant form of meaning making. And yet, authors are ever-more present, as well, seeming to accompany the work into the world, much as I am doing here.

Today, I woke to the sad news that Joan Didion has died at 87. I thought about her and her writing during the whole of my morning swim just now; sometimes, the death of someone we don't know can be oddly upsetting, as though we do in fact know them very well. Didion played a major part in re-personalising long-form journalism, and she showed that memoir could be as artful and precise as fiction. The Year of Magical Thinking is a stunning work that performs and analyses grief at the same time: the form and content are perfectly matched to elevate the work with insight and courage. She is an author who gave so much of herself on the page. Perhaps it is no surprise to feel the loss acutely. 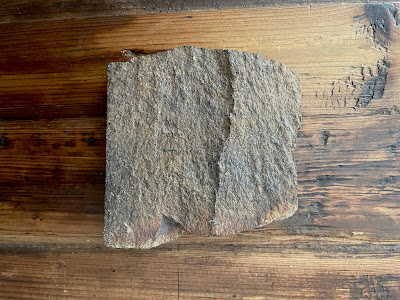