The book tells the story of a trip that Richard and his son Joe made to Istanbul in 2014 - a richly evoked journey into the Byzantine past, but as powerfully an exploration of the changing relationship between father and son. 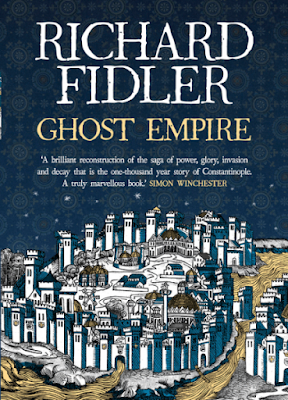 'When my son turned fourteen, we set out to explore the ghost empire of Constantinople. It was to be a coming of age adventure, of sorts. My ambition was that Joe and I would walk the entire length of the fabled Land Walls of Constantinople, from the sea of Marmara all the way to the Golden Horn: this was where the Roman Empire died in agony, in the most bizarre and dramatic siege in medieval history. Once you know the story of the Byzantine Empire, you can't help but feel its ghost pressing against you. You feel it in the crumbling walls. You become suffused with it as you stand under the golden dome of the Hagia Sophia. You hear its echoes in the shadows of the cavernous underground cistern of Justinian. The story of how Constantinople flourished into greatness and then expired in terrible violence is one of the strangest and most moving stories I know. I wanted my son to have that story too.'

To attend the launch, register here.