Today my nearly four-year old, Magnús, asked me whether trees know how to swim.

'Yes, they sit in wet ground, don't they. Sometimes even in tidal areas.'

A little later, Magnús asked, 'Does rain know how to swim?'

'Yes,' I said. 'The rain joins the rivers and swims in the rivers.'

It was a day for observations, but also the riddles that follow. In the afternoon, I thought he said, 'The bird flew so fast the air didn't see it.'

'I prefer the other version.'

But maybe they were the same thing. 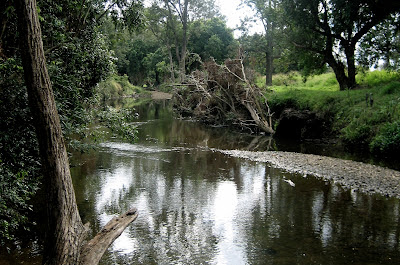 Trees swimming with the rain