Not once did he lapse into a repetition of the unforgettable moment when he predicted that an athlete would shortly pull out the big one. He left that to Alan Weeks, who on the evening of the pairs figure-skating final duly delivered himself of a classic. ‘This might well be the night,’ mused Alan, ‘when Rodnina pulls everything out.’ Thereby confirming our suspicions about Russian female athletes. ("Unintelligibühl", 1976)

Early on in his career, Clive James attracted attention because of his sharp and very funny television criticism, typically presented as a diary column of his recent watching. The form allowed him to jump across stations and programmes with great freedom, and also to centre his criticism in terms of his own (however eratic) viewing patterns, crucial for James' comic style - a mix of light sarcasm and wit (classically, humour that comments as much as it produces laughter). The form of the diary permits James to make what are, after all, rather cursory and summary judgments of what he sees, just as tends to be the case when we watch television. (I know that, for this very reason, it is infuriating to watch TV with me.)

He was about a mile and half from the camera, but you could tell he had no pants on, unless some manufacturer has recently come up with a line of trunks in subdued shades of potato juice blotched with purple.

Somewhere in the middle of a marathon Agatha Christie mystery called Why Didn’t They Ask Evans? (LWT) I had to go to Paris. Arriving in my hotel room just in time to switch on the American Grand Prix live from Long Beach, I watched the cars fall apart while the French equivalent of Murray Walker did his chose. But all the time a question was nagging me: Why didn’t they ask Evans?

Whatever Olivier had done to his front teeth left his long top lip curving downwards in a fulsome volute on each side, producing a ducky look to go with his quacky sound, since for reasons unknown he had chosen to use a speeded-up version of his Duke of Wellington voice. ("A Pound of Flash", 1974)

The last quote comes from James' viewing of Jonathan Miller's Merchant, which is perhaps given a firmer pounding than other shows because of its own underlying assumptions about being good. And, like good-for-you art, good-for-you politics is set for ridicule.

One of the leading characteristics of the not-quite-bright is their disastrous over-estimation of the role of intellect in political reality. This stricture applies full force to Women's Lib, which seems intent on supposing that unintelligent behaviour is an aberration, and that naught but a male chauvinist con­spiracy stops Miss Australia realising the desirability of being Germaine Greer. ("Liberating Miss World", 1972)

And, in fact, I like James' television writing best when he is, despite himself, liking something that isn't very good, perhaps because that's when I'm most happy in front of the TV.

A monarch operating within understood limits, Hadleigh (Yorkshire) is the perfect squire, paternalistically careful of his tenantry’s welfare, beloved in the village, respected in the council, savage with the stupid, gentle with the helpless, gorgeous in his hand-made threads. In the current series, which in my house is watched with a pretence of scornful detachment somewhat nullified by the size of the bribes offered our elder child to hit the sack before it starts. Hadleigh has taken to himself a wife, played by Hilary Dwyer – one of those leggy jobs with Botticelli shoulders and no bra. ("Squire Hadleigh", 1973) 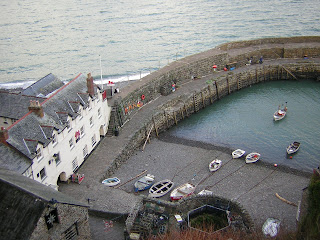 At some point, no matter how smart you were, it became okay to like television, and not merely in an ironic way. But TV remains a site of scorn, maybe because, at the same time as it seduces and hypnotises, it also presents a total institution (to borrow Foucault) of absurdity.

Gallantly providing David with the appropriate provocation to eloquence, a condom-clad competitor got his skis crossed at 100 m.p.h. and rammed the snow with his helmet. ("Quite Slim Indeed", 1979)

Sex changes and organ transplants dominated the week. I gave the sex changes a miss, on the grounds that what’s right for some of us leaves others of us crossing and uncrossing our legs while whistling nervously. Organ transplants, however, are of vital interest to all. ("Donor Kebab", 1980)

The Nine O’Clock News (BBC1) featured a gung-ho American officer talking of ‘the capability to project Marines ashore in a hostile environment as the case may be.’ His name was Colonel Looney. On Nationwide (BBC1), Frank Bough interviewed the man who pulls the ugliest faces in Britain. His name was Ron Looney. I merely present these facts, without comment. ("Snow Job", 1981)

Sometimes, television criticism is just television description, and there's a skill in not commenting too much. James understood this when he made his own television show, predictably enough about television. But it's an understanding that also comes through in his travel writing, which is where I began these studies and where I eventually hope to return. Description is often comment enough, especially if your default mode is a rather sharp one. 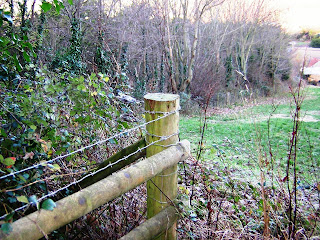