The Library at Holland House

Earlier in the year, when I was visiting southern Germany, I had a meeting with someone in the University of Tubingen's Academic Services office. On her wall was a large print of a bombed out library: the photograph, she told me, was taken in London during World War 2, and apparently it really is the case that the people in the photograph have come in to borrow books. (I've since learnt it was taken in 1940; the photographer is unknown.) 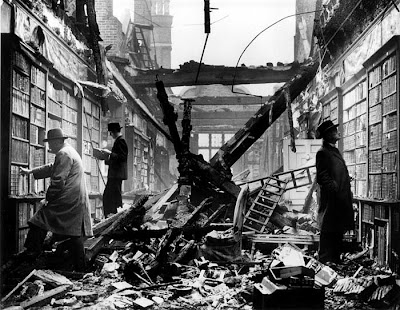 In any case, I've decided I'm going to buy the print and put it on my wall, too.